Magnet Fishing is a fun hobby that can be very lucrative. Who does not like a treasure hunt, right? It is not an expensive affair too – buy a powerful magnet, rope and a good pair of gloves and you are ready to go treasure hunting. Magnet fishing has become a popular activity that has grown in recent years.

List of Best Places to Magnet Fish Around The World

Best Places to Magnet Fish in USA By State

How Do I Find Best Spots to Magnet Fish Near Me ?

Some of the best places for Magnet fishing are water bodies right next to where people move. Think about it, for someone to dump the things into the water these spots need to be accessible. People dump all sorts on things into the canals, into the rivers and lakes from overhead bridges and in some cases even oceans.

Another lucrative spot may be in and around lakes and river front affluent areas (where rick folks live).  Imagine someone dropping jewelry or expensive watches. Like for example some of the canals in Europe are littered with treasures from centuries.

Here is an example of a dad and son magnet fishing for fun and finding 1000s of dollars from a wallet found in a safe.

The best one happened at Assen, a city in the northeastern Netherlands. A magnet fisherman found a box that contained jewelry. He discovered several pieces of gold and silver jewelry, along with keys and necklaces. He even found an earring and a pearl necklace in the safe box.

To Summarize, What Is A Good Spot To Magnet Fish ?

– Canals in large cities and towns with lot of foot traffic

– Canals behind cluster of homes

Before you buy your magnet kit and go out to magnet fish, please consider the following:

The objects pulled out magnet fishing can be sharp rusted metal objects that can cause some serious injuries if not handled correctly. There have been several reports of people being injured while magnet fishing.

In one case, a man was electrocuted after his magnet came into contact with an underground power line. Another man was fell into the river from a high bridge trying to lift something out of the water after his magnet became caught on something heavy underwater.

Three hobbyists went magnet fishing at the Fort Stewart army base in Georgia. They hauled in belts of high-grade ammunition, along with mortar shells and other rusty military equipment. At one point, they pull out a duffle bag which was stuffed with 86 potential missiles, also referred to as M73s. They were fined for being on miliary base’s property without a permit, but it could have ended up a lot worse for the three men since a lot of their haul were unexploded ordnance.

Elsewhere a young 9-year-old boy who went our magnet fishing with his dad in Little River, Moore County, found a live grenade. This could have turned deadly in an instant.

Apart from the safety aspect there is also the legality of magnet fishing. By and large, as long as you're careful, you have no restriction on where to magnet fish. One exception is that if you start trespassing into private property, you will be out of bounds and might get into trouble. However, magnet fishing in public is entirely legal in the US. The only state to stand in the way of magnet fishing is South Carolina at the time of writing this article. However, it is illegal un UK and Poland. Here is a compiled list of legal laws for magnet fishing from around the world. 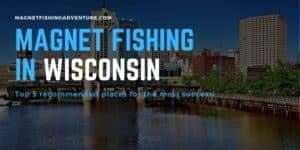 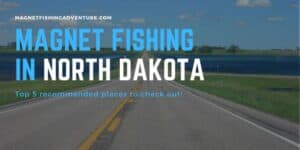 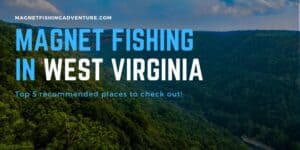 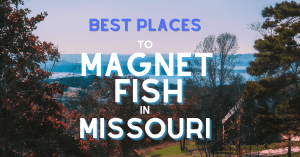