Carbon steel is an awesome material, so it’s no surprise we often hope to find some whilst magnet fishing.

Its insanely stacked tensile strength makes it the metal of choice across many industries.

Used to make invincible bridges, high-quality automotive components, and top-of-the-range cutting tools, society wouldn’t be the same without it!

But, of course, we can only pull this alloy from the deep if it’s magnetic.

If it isn’t, our only hope of fishing some out of our favorite “angling” haunts is by using a claw, which will only ever work if the item is big enough and has a spot for the claw to gain purchase.

This, however, is rarely the case, so without further ado, let’s explore the magnetic properties of carbon steel so we know if we’re barking up the wrong tree here.

The Magnetic Properties Of Carbon Steel

If you’re something of a magnet enthusiast, you’ll know that all matter is at least mildly magnetic due to the motion of electrons within atoms, yet very few materials are overtly magnetic in nature, but, praise be, carbon steel is one of them!

That’s right, folks; carbon steel is incredibly magnetic, but before you start dancing for joy, I’ve got some disappointing news for you… we probably won’t be able to fish for it, because there’ll be a nonmagnetic barrier shielding it from our magnets.

Carbon steel has stainless steel pipped on a number of fronts.

Thanks to the carbon content, it’s way, way stronger than its squeaky clean counterpart, and amazingly wear-resistant as well, but there’s one area where stainless steel excels, and it’s rust resistance.

Stainless steel resists oxidation for ages, but carbon steel doesn’t fare too well when it comes to the fuzzy orange death.

If exposed to water for any length of time, carbon steel will flower a lovely orange coat, and as the rust sinks its teeth deeper into the surface, that coat becomes a veritable suit of armor, which poses a problem. Allow me to elaborate…

Rust is an iron oxide, which I know sounds promising, as iron gives off some of the strongest magnetic signals of all ferromagnetic metals, but here’s the thing… rust is essentially non-magnetic.

Why is this the case? Well, the thing that makes iron such a force to be reckoned with in the world of magnetism, or the things, I should say, are the four unpaired electrons in each atom.

Now, as water and oxygen are oxidizing agents, and iron is a reducing agent, when they get together, iron becomes, you’ve guessed it… reduced.

The way in which iron “reduces” when exposed to water and oxygen is by hemorrhaging electrons, the very things that create an object’s magnetic field.

Iron doesn’t lose all of its valuable electrons when it rusts and becomes iron oxide, but it does lose half of them.

This means that rust still has a little bit of magnetic pull but nowhere near the amount that good old iron has, which is why it’s known as a paramagnetic material.

If something is paramagnetic, it has a mild attraction to magnetic poles, but nothing strong enough to facilitate long-lasting magnetism.

READ  6 Out Of 10 Don't Know The Answer To The Question - Do Magnets Work in Space?

In light of this, it’s doubtful that we’d be able to heave a carbon steel item from some water, especially if it’s a particularly heavy item.

How Quickly Does Carbon Steel Rust In Water?

If you’re anything like me, your next thought after learning about the rust issue was whether you could snag some carbon steel with your magnet if you were particularly quick.

For example, what if the artifact had only been submerged for about a week, or perhaps as little as a couple of days? Would we beat the rusting process to the punch?

Unfortunately, no, we would never be so quick to the mark that we’d snag the carbon steel from the water before a serious case of the rusties set in, as, typically speaking, it takes only 6 minutes of continuous water exposure for the orange death to sink its teeth — Boo!

This is why you have to be very careful when using carbon steel cooking equipment. This metal is a fantastic thermal conductor, and it’s strong as heck, but clean it wrong, and in an instant, it’s as good as trash.

The real shame here isn’t that we can’t pull in some choice “catches”, but that we won’t be able to clean up our local bodies of water by removing carbon steel waste. Thankfully, though, we don’t necessarily have to.

Rust is almost completely non-toxic, which is why it’s still fine to shower or bath in slightly rusty water.

You’re not supposed to drink rusty water if it’s coming from your faucets, but when there are only, say, a couple of rusty items in a large body of water, there won’t be any environmental consequences.

READ  What is a Cow Magnet?

Unless some fish take to swimming up to the rusty, submerged items in question and giving them a good lick (yes, fish have tongues.

I just Googled it) no animals will be harmed, and surrounding plant life will be completely unfazed.

All in all, the biggest threat rusty carbon steel in water poses is to us humanoids.

Should we go for a barefooted splash and nick ourselves on any rusted spikes, we risk contracting tetanus, a potentially fatal bacterial infection.

While there is no cure for tetanus, it’s easily prevented with vaccinations. Ideally, after the initial vaccination, you’ll get a booster shot every decade or so.

Striking quickly with a particularly strong magnet gives you the best chances of pulling up some carbons steel, but realistically, it’s unlikely to ever happen, as it simply rusts too dang fast, and as you now know, rust has very weak magnetism.

Acting as a barrier between your magnet and the alloy beneath, you’d find it nigh on impossible to “hook” the metal, meaning, short of dragging this stuff out by hand or hook, all the carbon steel in our local waters is going to stay exactly where it is. 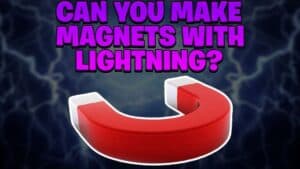 Can You Make Magnets with Lightning? 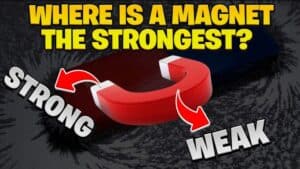 Where Is A Magnets Strongest and Weakest Point? 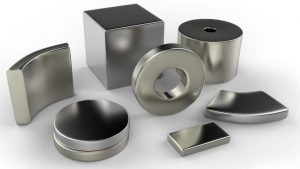 What Magnet Is The Strongest ? 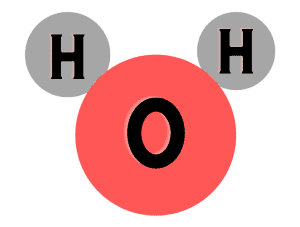