YouTuber Bryce Nachtwey recently dodged a bullet. And not one of the many that he and a pair of friends pulled out of the Canoochee River near Fort Stewart, Georgia.

The bomb hardly begins to describe their haul.

In a June 24, 2022 video from Nachtwey’s YouTube channel, Outdoors Weekly — which boasts over 400,000 subscribers—the pair discover dozens of rockets, ammo belts, and even grenades near the large Army post.

Nachtwey and his friends faced hundreds of dollars in fines after they pulled 86 military rockets—a majority of which were stuffed in a Delta Airlines duffel bag—along with dozens of 50-caliber rounds, a flare, an anti-tank tracer round, and an old HUM-V communications system, from the waters on Fort Stewart.

Initially, the only things the environmentalist magnet fishers uprooted was some rebar and the armored inserts to a military flack vest.

Then their findings got explosive.

“There’s gotta be a ton down there,” Nachtwey says ecstatically as they examine the belt of large .50 caliber machine gun ammunition.

The group laid out their findings—most of it rusted—alongside the busy highway.

Things really took off when the group dredged up a small arsenal of what appeared to be rock-ets—stuffed in a suspicious bag.

“This is a Delta Airlines bag,” Nachtwey explains. “Completely random—full of military equip-ment.”

The total number turned out to be 86. Upon further examination, the rockets were identified as sub caliber M-73 rockets. These rockets are used for training and simulate the rocket for the for the Army’s M190 LAW (light antitank weapon) system.

The M190 rocket launcher is a very rare Vietnam-era weapon, making the their find even more epic.

“Rocket powered motorcycle?” Nachtwey suggests when a broken motorcycle frame is pulled from the water.

Later, the group call the Army EOD, who responded by contacting a local game warden. The three YouTubers were each issued citations totaling $340.

“You gotta have a permit to even be out here doin’ anything, kay?” The game warden explains.

Still, Nachtwey was pretty certain he was in the right.

In the end, the magnet fishers were vindicated.

A Statesboro, Georgia, federal court declared on September 9th 2022 that the trio would not face misdemeanor fines.

No attempts will be made by the Army to search for more displaced equipment.

“We will not be searching for additional ordnance because we know we are an active training installation and having ordnance in the environment is a reality of preparing our units to answer the nation’s call,” an Army spokesperson said when the Military Times reached out for comment. 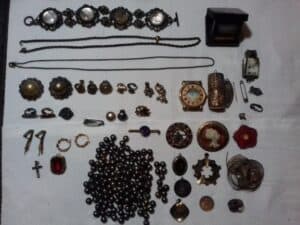 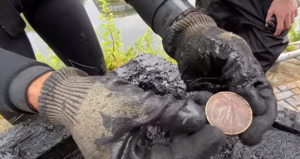 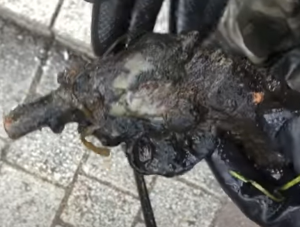 Boy Finds Self Amongst Snails, Guns, at Bottom of River Soar Magnet Fishing 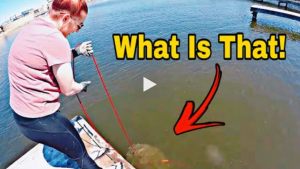