There's an important decision to make when magnet fishing. You can choose to use either a single-sided magnet a double-sided magnet or a 2-in-1. The question is, which one is best?

There are a few things to consider when comparing a single-sided vs double-sided vs 2-in-1 magnet.

In this article, we'll look at these characteristics in a bit more detail. Hopefully, you will be able to decide what is best for you.

Why Choosing the Right Magnet is Important

As the saying goes, “it's important to have the right tool for the job”. Both types of magnets, single-sided and double-sided, have their own specific purpose.

In order to maximize your potential rewards, you should always think ahead.

If you're going to be fishing off high platforms such as bridges, a single-sided magnet is what you're looking for. If you will be on the shore, double-sided will be more beneficial.

There's also a convenience vs effectiveness factor. Just like when deciding between carabiner vs rope knot, a similar scenario occurs when choosing the right type of magnet.

Some people don't like to carry multiple magnets so having a multi-functional magnet is optimal. There are 2-in-1 magnets that offer the convenience of having two types of magnets but only needing to carry around one.

There is a sacrifice, however. These magnets are less effective and you run the risk of losing the magnet. We'll go into more detail on this later in the article.

As stated previously, single-sided magnets, like these ones on Amazon, are best used for the “drop-and-pull” method. The way these magnets are designed makes them inefficient at the “toss-and-drag” method.

The good news is, this type of magnet has a very strong magnetic force. This is because it's concentrated on one side rather than divided into two sides. For the same price, you can pull up much heavier objects.

The shape of these magnets and their eyebolt location causes them to roll over when being dragged. Meaning the strong magnetic force won't be facing the ground where the metal objects would be.

There is a way to counter this by using a plastic bottle. It's a bit of a DIY project but simple enough.

Here are the steps:

While this will help keep the magnet facing down, it won't prevent snags.

A big downfall to this magnet is its large surface area and shape. It's super easy to get stuck when magnet fishing with a single-sided magnet.

Double-sided magnets, like these ones on Amazon, are best used for the “toss-and-drag” method. This is because as you pull them through the water it will always stay on its side, keeping the strong magnetic force towards the bottom.

These magnets are also able to avoid being snagged as often. It can easily roll over rocks and get out of the way because of its shape and lack of surface area.

Basically, you have two magnets at half the strength of the single-sided magnet for the same price.

Single-sided magnets are also not very good when fishing off of bridges or other high surfaces. They can do all right but are obviously not optimized for the “drop-and-pull” technique.

There are a few pros and cons when going this route. It's probably not for everyone and will depend on what you're looking for.

Obviously, the main benefit of using a two-in-one magnet is the ability to have both types of magnets while only purchasing one magnet.

Since your magnet will serve both purposes, there's no need to bring multiple magnets with you. This is great if you want to travel light.

It's also super easy to switch between single-sided and double-sided. Simply unscrew the eye bolt and move it to the other eye bolt socket. Make sure to apply the thread locker.

While it's true you're only buying one magnet with two purposes, it will still cost you slightly more than a regular single or double-sided magnet. Not a lot more but some.

You also need to unscrew the eyebolt every time you want to switch. It's usually recommended to use some sort of glue as eye bolts have the tendency to unscrew themselves over time.

When you unscrew the eyeball, obviously, the glue seal will break. You will have to remember to bring some with you to reapply every time you switch. Either that or increase the risk of losing your magnet.

To compare these three types of magnets, it's pretty simple. Each one has their own specialty, pros and cons, etc.

If you're at sea level, such as on a dock or shoreline, your best bet is using a double-sided magnet. When throwing out your magnet and pulling it back, a single-sided magnet would be on its side and very inefficient. You can also use a two-in-one magnet with the right eye bolt setting.

You should now have a pretty good understanding of the different types of magnets. Hopefully, you can decide for yourself which you prefer when comparing single-sided vs double-sided vs 2-in-1 magnets for magnet fishing.

If you still can't decide, or you want the benefit of both types, but can't afford two magnets, you're in luck. While not quite as effective, and a bit riskier, you can opt-in for the 2-in-1 magnet.

I am personally not a fan, but I can see the appeal. Just make sure the magnet isn't loose after each toss. 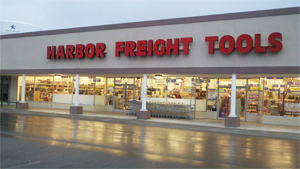 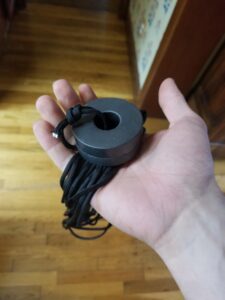 Magnet Fishing with Microwave Magnets: Is it Possible? 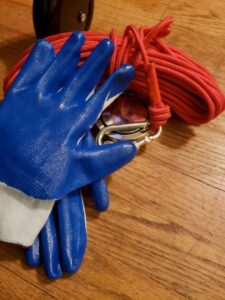 Why you Should Wear Gloves While Magnet Fishing 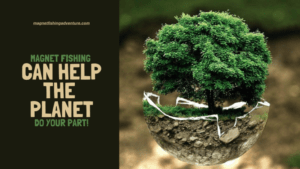 How Magnet Fishing is Good for the Planet

Continue Reading
link to Can I Bring A Fishing Magnet On A Plane?

If you're packing for a trip and considering whether or not to bring your fishing magnets, the answer is a maybe. How many magnets you bring with you, where you go, and why all factor into this...