Neodymium magnets are the strongest natural magnets in the world, however there are several other magnets that are of similar strength to neodymium magnets but can be cheaper.

We all know that there are many different types of magnets out there. Some are easy to find, and some are unique and hard to find, and even pricey. But what you haven't thought about, at least I hadn't, was the strength of magnets and how that relates to our everyday lives. With this post, we will show you the magnet that is the strongest in the world. Read on to find out the various types of magnets and their strength.

Magnet and Where a Magnet is Strongest at

A magnet, in simple terms, is a material that can attract other magnetic materials. It produces a magnetic field, a region where the force of attraction and repulsion between magnets can be felt.

Similarly, the south pole exists at the other end and attracts south-seeking ends. Many people ask the question, where is a bar magnet's strongest? The answer is straightforward; a bar magnet is strongest at its poles. However, the strength of a magnet can vary depending on the type of magnet and its environment and is measured in gausses.

The north and south poles are not fixed in place: they're free to move around on the surface of the barium-strontium ferrite material used to make permanent magnets. This freedom allows them to align with Earth's magnetic field when placed in it, which also makes them easier for scientists to locate and identify for experimentation. The magnetic field is strongest at the poles and weakest at the equator. If you put a compass needle on a map of Earth's magnetic field, it would point north because that's where all the aligned field lines converge. The equator has no particular place where they converge, so there's nothing to tell your compass which way is north or south.

Magnets are the most versatile and useful of all materials. They can be simple bar magnets or complex electromagnets with coils and windings of wire. Magnets are used in a very wide variety of applications, from the humble refrigerator magnet to the powerful electromagnets that make the modern industry possible.

N52 Magnet-What it is and How strong is it?

The strongest commercially available permanent magnet in the world is the N52 magnet. They have the highest maximum energy product, or BHmax, of any magnet grade. This means that N52 magnets can support more weight for a given size than other types of magnets, but is N52 the strongest magnet? N52 magnets are the strongest commercially available permanent magnets. They have a magnetic field strength of up to 13,000 gausses, which means they are strong enough to lift an object with 100 pounds in the air safely.

N52 magnets are approximately five times stronger than N42 magnets, which are commonly used in magnetic applications. N52's strength makes them suitable for industrial applications such as lifting and hoisting equipment, magnetic separators, and other machinery that uses large amounts of magnetic force.

The most common uses for N52 magnets include application in aviation and aerospace industries, medical equipment design, lifting devices, and robotics.

Ceramic Magnet – What it is, How strong it is?

Ceramic magnets are suitable for most applications that require strong permanent magnets with good temperature stability over their operating temperature range. They are usually made from sintered NdFeB or SmCo5 powders mixed with a binder, pressed into shape, and fired at high temperatures (>1200ºC).

Ceramic magnets are the most common type of permanent magnet and have a Br value of less than 4,600 Gauss.

Neodymium Magnet – What it is, How strong it is ?

Neodymium magnets must be handled with care because they can pinch your skin or damage sensitive items such as credit cards and magnetic media, such as tape cassettes and floppy disks. They are also brittle and will shatter if struck hard enough against a hard surface.

Neodymium magnets are used in many applications, including loudspeakers, computer hard drives, high-tech toys, and motors in toys such as cordless screwdrivers and toothbrush heads.

Natural Earth Magnet- What it is, How strong it is?

Natural Earth magnets are a type of magnet that is formed in nature. They are not man-made, but they do have a solid hold on metal objects.

These types of earth magnets were first used for navigation by early sailors who used them as compasses. Natural earth magnets are used for many purposes, such as medical equipment, toys, and jewelry-making supplies. In addition to using them for personal use in home or business applications, some people collect them and other types of antique items such as vintage toys or old maps.

The strength of a natural earth magnet is 0.5-0.65 gauss. This number varies from one part of the Earth to another according to their magnetic properties, but in general, it's around 0.5 gausses for most places on Earth.

World's Strongest Magnet – Where it is, How it was made

The world's strongest magnet is located at the National High Magnetic Field Laboratory at Florida State University. It's a superconducting electromagnet that generates a magnetic field of 45 teslas—more than 100,000 times stronger than the Earth's magnetic field. It was commissioned in November 2016 and reached 45 teslas in January 2017–the highest field for a non-destructive magnet operating under standard conditions of pressure and temperature.

This powerful electromagnet uses superconducting technology to achieve record-breaking strength, allowing for it to operate without overheating or risking its destruction.

The strongest magnet on Earth, the Bitter Creek Magnet, uses a hybrid of two different types of barium strontium titanate (BST). It was made by combining bismuth titanate (Bi4Ti3O12, or BIT), which has a high Curie temperature – the temperature at which a material loses its magnetic properties – with strontium titanate (SrTiO3, STO), which is nonmagnetic but possesses an electric polarization.

The BST materials were melted together at 2,900°F (1,600°C) under argon gas pressure of 50 atmospheres and then cooled to room temperature in less than one second. This produced an alloy that was approximately 40% Bi4Ti3O12 and 60% SrTiO3.

The resulting material had magnetic properties similar to those of either pure BIT or pure STO but with enhanced temperature control properties over both materials alone.

What are Strongest Magnets – Ranked From Strongest to Weakest

When working with magnets, you must know which is most effective. You have to know what magnet is the strongest that will do the job you intend.

Here below, 5 different kinds of magnets are rated by strength:

Let us find out more about these individual magnets and how they are made.

Neodymium magnets are the strongest permanent or natural magnets available. They have such a strong magnetic field that they can even be dangerous if not handled safely. Neodymium is in the same chemical family as iron, cobalt, and boron, so it's no surprise that you'll find these elements in neodymium magnets.

They are the smallest and strongest magnets since they show great strength in small sizes.

Neodymium has a higher density than other magnetic materials, meaning it's more compact than different types of magnets and produces more energy per volume unit than its counterparts do. It also has the highest coercivity—the ability to resist demagnetization—of all permanent magnet types; this means it can hold onto its magnetism for longer periods without losing strength or being demagnetized by an external force (like another magnet).

READ  Does Magnet Stick To Gold?

Ceramic magnets are made from ceramic materials, and they have a high coercivity (resistance to magnetization). This means they can't be easily magnetized or demagnetized. Ceramic magnets also have low saturation, meaning they don't hold their magnetic field well and don't usually stay magnetized for long periods.

Ceramic magnets are not as strong as rare earth magnets because there are no rare earth elements present in ceramics. They're also weaker than neodymium magnets, which have much higher coercivity than the typical ceramic magnet. Another factor that makes neodymium more powerful than most other types of permanent magnets is its ability to maintain a constant magnetic flux despite temperature changes; this property is known as temperature stability.

Alnico magnets are strong and can be used to make a magnet attractive to another magnet. Alnico is the only permanent magnet that does not contain iron. They are stronger than Neodymium magnets but not as strong as Samarium Cobalt magnets.

Alnico 5 and Alnico 8 are made from the same alloy, but they're not identical. They differ in how much iron is added to the mix. Alnico 8 is stronger than Alnico 5 but less magnetic.

Although not quite as strong as their rigid counterparts, flexible magnets offer many advantages that make them popular in cars and boats. This includes their ability to withstand heat up to 180 degrees Celsius (356 degrees Fahrenheit) without losing much of their magnetism or becoming brittle. They're also lightweight compared with other types of permanent magnets–a plus when it comes time to replace worn-out ignition coils on automobiles.

The strongest magnet in the world is a neodymium magnet. Neodymium magnets are five times stronger than other types of magnets, which means they're perfect for all sorts of applications. It can be for your business or just to have fun with them at home. Now you have a good idea of the strength of different magnets. You can use this powerful information to help determine which magnets will work best for your project or what size of magnet you need.

Can You Make Magnets with Lightning?

Where Is A Magnets Strongest and Weakest Point? 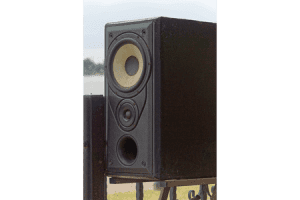 Why Do Speakers Have Magnets? 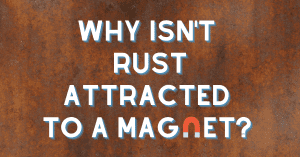 Why isn’t Rust Attracted To A Magnet?